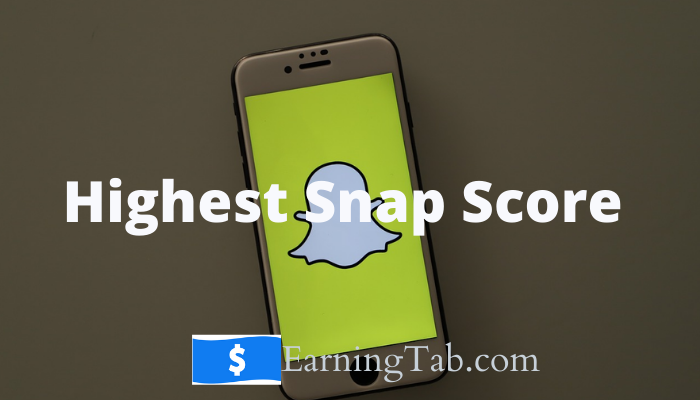 With our phones playing such a vital role in our lives, it’s no surprise that people are active on Snapchat. And luckily, Snapchat rewards its most active users. Every Snapchat user has a Snap Score, which is a number that tracks how active you are in the app. It’s easy to find, but not so easy to understand.

Here’s everything to know about Snapchat’s Snap Scores.

What are Snap Scores?

A snap score is basically the number of snaps you have sent and received plus a few extra factors, such as your overall presence in the platform. It is fairly easy to achieve a high snap score as long as you are actively using the app and its features. And if there is a leaderboard for the highest snap scores, it would constantly be shuffling names on the list due to the sheer number of daily users on the app. It indicates how active and social you are on Snapchat. Though it can’t be used for anything, it’s fun to see who’s more active on Snapchat from your friend list.

How does Snap Score work?

Snapchat primarily considers the number of snaps that have been sent and received to calculate the score. In other words, it monitors users’ usage, the more the user is active, the more is the score. User’s activity could include the trophies, stories, number of friends, and usage of other available features of the app. Snap Score counts:

Also, Snapchat gives bonus points for sending Snaps to multiple people at once, and for keeping up Snapchat Streaks by sending Snaps to your friends every day. The various factors to take into consideration are Snaps sent and received, the number of stories sent, the number of users added, and the days of Snapchat streak with another user. The Snap Score will be based on how frequently you use the application. If you post snaps, stories regularly, you can see an increase in your score.

Snap Scores are easy to find. To find your Snap Score follow the steps mentioned below:

Step 1: Open the Snapchat app.
Step 2: Tap on the profile icon in the top-left corner.
Step 3:Under your name and avatar, you’ll find your Snap score.

How to find someone else’s Snap Score?

Do you want to see how your score compares to a specific friend?

While there is no public leaderboard for Snapchat scores, you can check an individual’s score with very little effort. Here are some steps to find out someone else’s snap score.

Step 1: Go to Snapchat and tap on your profile icon in the top-left corner.
Step 2: Now, scroll down and tap on my Friends.
Step 3: Tap on the icon of any friend.
Step 4: You’ll find the Snap score below their name and avatar.

How to increase Snap Score?

Based on research, these are the likely contributors to your score:

So your best bet for increasing your Snapchat score is to use the app as much as possible. With some dedication, you’ll be breaking records in no time. With that being said, it’s important to know some of the common misconceptions about adding to your Snapchat score.

Snapchat is currently used by millions of people every day. There are also a lot of people who have gotten high snap scores.

Here’s a list of some of the most impressive snap scores from the year 2022 :

A Snapstreak occurs when two people have sent each other Snapchats back and forth for more than three consecutive days. When you start a Snapstreak with someone, you’ll see a fire emoji next to their name in the app. The number next to the fire emoji indicates how long the Snapstreak has been going. Also, Snapchat notifies the user when one of the Snapstreaks is about to end by putting an hourglass emoji by that friend’s name. And if anyone Snapstreaks ends, the user can report the error to Snapchat.

A fire emoji will appear beside the name of this user as well as the number that represents how many days you two have consistently exchanged snaps so far. From a non-user’s perspective, this is just the app’s way of enticing people to continue using the app every single day. But to avid users of the platform, it is an extremely fun way of keeping in touch with closest friends, especially those who live far apart and rarely see each other face-to-face.

Snapchat makes it obvious for users to know if they have an active Snapstreak. However, the meaning of emojis next to a Snapstreak can get confusing for a new user. For Snapstreaks, there are primarily 3 emojis:

The accounts with the highest Snapchat streaks and still going strong are as follows:

Snapchat score is basically a fun concept to keep you using the app. A non-functional metric that announces how active you’re on the platform. A bragging right you earn for being an active Snapchat user. The score also positions your profile as an active and engaging user. A high Snap Score will unlock Snapchat Trophies, celebratory emojis for special milestones. However, Snapchat Trophies are now defunct, so there are really no functional or practical benefits to accruing Snapchat scores.

No comments to show.